Home » How To Deal with Parental Alienation

How To Deal with Parental Alienation

Divorce is never easy – even with couples who wish to part ways amicably. Having children in the marriage makes divorce much harder. While the adults are dealing with the real-life issues of separating a marital estate, they are also dealing with having to continue to work and maintain a lifestyle for the children. Unfortunately, there are times when the children end up being the collateral damage to the divorce. This most often occurs when there is some form of parental alienation, and it makes co-parenting almost impossible. Sometimes, the children end up suffering for years after the divorce has long passed. The alienating parent as well as the targeted parent are to blame for this unnecessary suffering.

Christine Lombardo-Zaun, Esq., an attorney-mediator at Alpha Center for Divorce Mediation, discusses how sometimes children end up being the collateral damage to divorce.

Parental alienation syndrome (PAS) was first named by a child psychologist, Richard Gardner, in 1985. It is not recognized as a mental health condition, nor is it officially recognized by the American Psychological Association, the American Medical Association, and the World Health Organization, but the mental health effects are real (Heitler, 2018). Parental alienation occurs in many ways. These effects can be categorized as subtle, passive-aggressive, and overt. They can wreak havoc on one’s mental health.

Over parental alienation</a> behaviors are those that are the most obvious, although some might just believe the other parent is being a jerk. An example of an overt alienation attempt is where one parent disparages the other parent in front of the children, such as “Your mother is a piece of shit”. Sometimes the overt alienation comes through the children themselves such as the child starts criticizing the other parent over and over again and without fair justification. I have heard parents telling me that they hear their other spouse through their children – such as, “Your just like your father”. These are just some examples of obvious alienation tactics, but there are others that are more dangerous.

Finally, there are subtle alienation tactics, and they appear in child custody cases, although many family courts are not equipped to handle this form of manipulation. These are difficult to prove and are usually done by those people who are master manipulators (narcissistic or not). A parent might sign up a child for a summer camp that just happens to fall on days that interfere with the other parent’s custodial time. I have witnessed cases where the parent has selected phone call times with the other parent for the children at the worst possible times thus making the call with the other parent unproductive and sometimes impossible to occur.

So, how does one deal with parental alienation, especially over the holidays? Here are a couple of tips. These do not mean you will win your kids over, but they will help you cope with the stress of being alienated or alone. You cannot take care of anyone else if you are not in a good place, so this is where you can start.

1. Do something for someone else. Brain research shows, “changes in the brain when we engage in acts of kindness which result in an uptick of our well-being”. (Psychology Today, Amy J.L. Baker, 2018)
2. Do not argue with your children over this. There are ways to respond when children make statements that you know are not true. Do not disagree with the child as it only puts them on the defense.
3. Focus on being true to who you are. I believe the cream rises to the top and eventually (different for every family of course) your children will see the real you, and not the way your ex described.

Of all the articles I have read on parental alienation, the one key denominator is not to give up. Focus on the future, continuing to take the higher road and hopefully you will be able to live a happier and more fulfilled life.

Speak with our Attorney Experts – We can help! 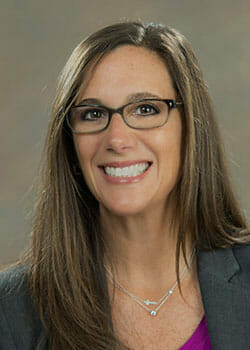 Christine brings extensive experience and expertise to the Alpha Center for Divorce Mediation. Her credentials include operating her own practice in Allentown since 2011 while also working with the Lehigh County Court of Common Pleas as a Divorce Review officer and court-appointed attorney since 2011. She earned her Doctor of Jurisprudence from The Dickinson School of Law of the Pennsylvania State University in 2010 and also holds an MBA from Penn State as well as a BSBA in Business Administration and a BA in Speech Communication from Shippensburg University.