A Co-Parenting Approach to Pet Custody: Making the Human(e) Choices

Divorce and Your Pets 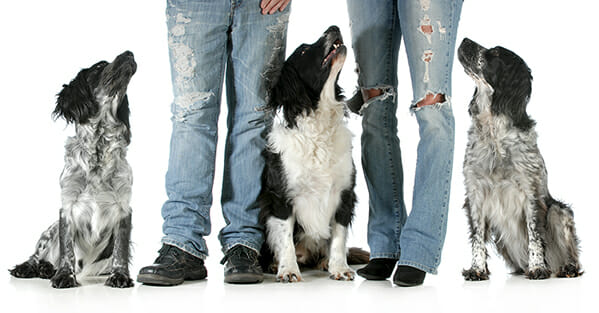 The Importance of the Pet’s Well-Being during Divorce

Not only did you get married, never planning to divorce, but you never thought you’d be discussing custody of or co-parenting your pet dog, cat, bird, etc. But your pet is a family member. And one you get along with so much better than your soon-to-be ex. The courts certainly deal with child custody, property and financial issues on a regular basis in divorce. Now,the high rate of pet ownership means that they are often part of the discussion.

Your Pet: a Family Member or Property?

How do the courts view this pet-human bond? In the past, most courts simply considered pets as part of the physical assets to be divided. Most did not consider the plight of pets on par with child custody and support issues. But that’s changing. According to the Animal Legal Defense Fund (ALDF)

Divorce attorneys and courts now recognize that the pets can be a point of dispute on par with children and property. They may be used as an emotional bargaining chip to maneuver an advantage in financial negotiations.

What are some of the arguments to use in case there is a dispute?

Whose pet is it? Did one person initiate getting the pet? Before, after, during marriage

Who handles the daily and veterinarian care?

Whose lifestyle is better suited to take on daily care?

What’s in the best interest of the Pet?

Recently, Alaska is the first state to require courts to take into “into consideration the well-being of the animal” and empowers judges to assign joint custody of pets. In fact, the Alaska law permits pets to be included in domestic violence protective orders as well.

A Co-Parenting Approach to Pet Custody: Making the Human(e) Choices

As with children, a co-parenting approach often benefits the pet who still has both its ‘parents’. Parents who put their children’s well-being first and work together to minimize the stress of the divorce will have a successful co-parenting partnership. Likewise, they recognize that pets are very sensitive to distress and a drastic change in their living environment can create stress, illness and other behavioral issues. So, a similar co-parenting arrangement for the pets also benefits the couple by letting them continue to share the love of their pet.