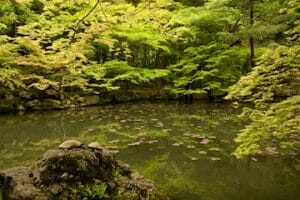 One of the biggest mistakes that couples make is not making a financial plan to prepare for retirement.  Most believe that something will happen that will make it alright or that the future is still a long way off.  Don’t believe it.  NOTHING is going to secure your future unless you make a plan today.  No one has a crystal ball to see into the future but lo and behold, the future sneaks up on you and there it is!

I was fortunate to spend a week with some friends in Kentucky – they are semi retired (one spouse working as a teacher, the other retired from
a 40 year career as a carrier in the transportation industry).  They just married their only child off in a beautiful ceremony in which the bride wanted for nothing.  They were now enjoying a week of rest and relaxation in the beautiful hills of Kentucky camping in their spacious motor home amidst friends and other bluegrass festival goers.

I wondered how they got “here” and asked them during one quiet afternoon if they wouldn’t mind walking me through how they managed to seemingly “do it all”.   They live in a spacious home on a nice lot in Ashland, Kentucky and are very active in the community.  They raised their only child, a daughter in that same house and did not deny her much.  They purchased a very nice motor home several years ago as an investment for their retirement because they decided to maintain the traveling to festivals as a large part of their retirement plan.

Since both spouses have worked for the majority of their married life, they were used to communicating financial choices with each other from the beginning.  My friends explained to me their very simple strategy – they made a plan and stuck to it!  Early on they decided that they wanted to retire early enough to travel around the country without the concern of illness or disability.  They committed 5% of each and every dollar
they made to their retirement fund and stuck to it.  Even during the years when he wanted to buy several additional trucks and expand the business or when their little girl was selecting a nursing school to attend; the first 5% of every dollar earned was put into retirement and then the rest of the money was divided up to pay for nursing school, new lawn tractor, braces, taxes, increasing utility bills etc.  They learned to live on 95% of what they earned and that was that.

The strategy worked and at the age of 62 and 58 years old, my friends will be work free, traveling the continent, exploring, making new friends and keeping tabs on old ones following the bluegrass festivals season after season.  Sounds like a nice retirement to me!
What are you going to do?