There is a saying that “things happen in threes” and David Heins experienced it in the worse possible way. Between 2015 and 2016, he was struck hard with three major life losses within a year.

First, his Father passed away and, after her open-heart surgery failed, he had to bury his Mother too.

The third blow came when his 20-year marriage finally came to an end after years of a growing “distance” between them. It was an extremely painful time for both David and his Wife and today David remains very grateful that she guided them to Alpha Center to handle their divorce transition. Within four months they were living in separate homes and had everything settled.

David recalls that their mantra became “It’s all about the kids” and so they worked with their Alpha Parenting-Mediator to develop the best plan they could to ensure that their two teenagers had good lives and strong relationships with both parents.

Their wisdom and hard work paid off. Today they continue to both be present for every holiday and important life event for their children. They developed their own individual social circles but continue to “show up” separately at gatherings with their old “shore” friends who admire how civil they are toward each other.

Getting their finances settled presented some challenges so they found the guidance of their Attorney-Mediator to be instrumental. They gained a clear understanding of the law as it applied to their case and appreciated the freedom they had to craft a settlement that worked for
them.

The tax guidance and financial counseling they received helped tie up all the loose ends so that they could move into their new lives with full confidence and finality. Other than returning to Alpha for the occasional child support update, they have not had any other unresolved issues arise.

Since completing the Alpha Divorce Mediation Program, David has been helping other Alpha clients secure mortgages for refinancing and purchasing their homes. Our clients feel that he has a first-hand understanding of their challenges and shares Alpha’s commitment to always give the highest level of service possible.

They had the wisdom to know that their most important priority was their children. “It’s all about the kids” became their mantra and, when things heated up between them, they learned to redirect their attention to doing what was best for their two teenage children. struggled with each other, they were able to redirecty had to agreed that their him, David remains very grateful that his Wife encouraged him to go to Alpha Center to handle their divorce. 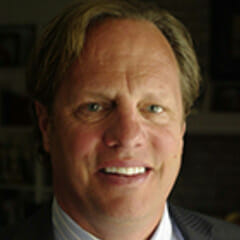