The saying goes that the only things certain in life are death and taxes. But when couples divorce, there are likely to be tax ramifications that can be a financial “kiss of death” if ignored. Most divorce attorneys who assist Clients do not adequately explore and analyze their tax picture.

At Alpha Center for Divorce Mediation, we provide advice on filing taxes after divorce and make sure to carefully identify any tax issues, so that our couples have a true picture of their financial situation after the divorce dust has settled. The professionals at Alpha Center know that good tax planning puts additional cash in the pockets of Clients when they need it most. We also know how important it is to look at the tax consequences of dividing and transferring assets from one person to the other to avoid surprises and unfairness.

Prior to the meeting, the Accountant-Mediator reviews the Client Financial Terms to identify any unforeseen tax burdens. They also review the last three years of tax returns to uncover any potential audit issues, missed deductions, or tax carryforwards, and determine the impact on the couple’s future taxes. Each party that signs a return is held liable for the information provided and the resulting tax obligations. If there are any obvious issues that may trigger an audit, both parties should be made aware of this. On the positive side, a divorce tax planner may uncover missed deductions, allowing one to amend a previous return that could produce up to thousands of dollars in tax refunds.

The Accountant-Mediator will also analyze for future tax issues. This covers tax filing status per Internal Revenue Service regulations, rights to the dependency deductions, related tax credits associated with the dependents, proper methods for dividing assets to minimize tax liabilities, and the impact of alimony and child support on taxes.

During your tax mediation meeting, the Accountant-Mediator reviews his findings and discusses the best strategies so that both clients have a clear understanding of the best path forward. We are conscious of the fact that in many couples, one spouse may be more familiar than the other with finances and taxes in their household. Part of being neutral means the Accountant-Mediator will make sure each spouse leaves with a sound understanding of the tax picture. Based on the findings and discussions, divorcing couples will run various scenarios and tax projections with the Accountant-Mediator to determine which one will result in the lowest taxes and the highest cash flow.

The Accountant-Mediator then prepares the tax terms which are included in the Marital Settlement Agreement.

The attorney-mediators at Alpha Center know how confusing the divorce process can be. That’s why we’re here to help answer all questions you might have about how filing taxes after divorce works. If you live in the Philadelphia, Bucks or Montgomery County, PA areas, turn to the divorce mediators at Alpha for assistance.

Why do Taxes Matter when you are Separating or Divorcing?
It could quite literally cost you tens of thousands of dollars in additional taxes if they are not properly addressed. This is especially true when dividing retirement plans during divorce. For example, employee benefit or pension plans subject to ERISA (401K, 403B, defined benefit, etc.) require a Qualified Domestic Relations Order (QDRO) in order to transfer the money from one spouse to another spouse’s retirement without incurring income taxes or the 10% early distribution penalty.

There are also the missed tax savings by not properly structuring a tax plan that maximizes these savings. A proper plan can be designed only after running tax projections taking into account multiple factors to optimize the tax savings. It is critical that planning is pro-active and not re-active. Once the tax year is over, it is difficult to implement some of the necessary strategies. It is also important to note that the IRS does not rely on the information in the divorce decree, since a state court cannot determine a federal deduction. They have their own regulations that need to be satisfied.

How do taxes impact Asset/Debt divisions?
Whenever possible, assets and debts should be divided on an after-tax basis. Consider the following example:

Jack and Jill are in their mid-fifties and have been married for 30 years. Their children are grown and they are still living in the marital residence they purchased 25 years ago for $150,000. They have decided to divorce and are trying to amicably divide their assets. Jill would like to keep the marital home as this is where she raised her family. Jack would like to retain his 401k plan as he worked very hard at his company. They also have an investment property that they purchased 15 years ago which Jack thought he could live in for a year before selling it. Jack and Jill also had some stock, cash and CDs.
They agreed to divide these assets in the following manner:

They both thought this sounded fair, but they forgot to take into account the tax ramifications of selling the assets. After meeting with a divorce tax planner, they revealed the following details:

3. Jack will need to pay ordinary income taxes on the 401k distributions upon retirement.

A more accurate after tax value revealed the following information: 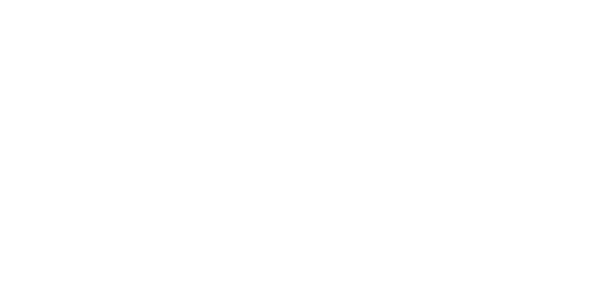 How does Tax Planning Improve Cash Flow?
By reducing your tax liability, you are increasing the amount of cash you have available. Your Accountant-Mediator will recommend making adjustments to your Form W-4, so you can realize this tax savings in your net paycheck instead of waiting until you file your tax returns.
Does your Accountant specialize in Divorce?
According to the CCH Standard Federal Tax Reporter, as of 2013 it takes 73,954 regular 8-1/2 x 11 sheets of paper to explain the complexity of the U.S. federal tax code! This does not include state or local taxes. Divorce brings its own set of nuances that many accountants may find unfamiliar. In addition, most accountants are compliance oriented and work with historical or present-day scenarios. They are not accustomed to projecting into the future as is required in divorce tax planning. Some of the questions your accountant would need to address are:

You can rest assured that our Accountant-Mediators are very experienced in the intricacies of tax planning when it comes to separation and divorce. We do neutral mediation, so both spouses are put on equal footing and we’ll maximize the best outcome for each of you.

The Next Best Decision

Alpha Professionals know that no matter what relationship stage you are in, you can improve your odds of having a healthy marriage or a fulfilling single life in the future.

Take Your First Step Still Not Sure?

Get in touch! Or, our Live Chat is Open until 5 PM EST. You Can Leave a Message Anytime

Divorce is not just a legal matter ... its a life matter.

Alpha Center's divorce mediation teams are now available online or in person at our convenient locations.