Memories of the time leading up to my parents’ divorce that are most vivid to me are the ones containing nothing – no fights, no yelling, no manipulation to favor one parent or another.

So I can’t really identify with stereotypes of a broken home. My parents kept their animosity from me until the moment the steps toward their split became impossible to ignore.

But children still know. Even younger ones at five or six years old as I was. They are acutely aware of the frostiness and muted contempt between their parents, no matter how valiant the attempt to suppress it is. While this knowledge is often inevitable, it does not have to be a source of lasting trauma for children. Especially if a parent’s desire to be civil with their spouse around their children extends to the divorce process itself. For my parents, divorce mediation allowed them to maintain civility for my sake and for theirs.

How Alpha’s Divorce Mediation Program Protects Children
It was over 20 years ago that my parents first went to Alpha Center for Divorce Mediation to handle their divorce — a meeting I had only recently discovered.. This fact alone is a testament to the smooth system of guidance that was provided for them.

Popular assumptions of divorce tend to frame the process in warlike terms. With each parent on a separate “side,” their child is caught in the clash, forced to choose one or the other. I am very lucky — I did not have to make that choice, nor did my parents force me to make it. In fact, I was unaware of the legal dealings they went through. And I never once met with a lawyer or appeared in court, as some young children caught up in their parents’ battles are forced to do. Mediation kept me safe, and it allowed my parents a way to end their marriage without damaging conflict, which they had never wished for themselves or for me to endure.

My parents spoke to me about the details of the divorce as I grew older. Our discussions focused on many aspects of what we as a family had gone through, but not once did the legal proceedings factor into how we felt about anything. We had no trauma from the experience, no war stories to share. My parents could only remark that the counsel and care they had received at Alpha was relieving and appreciated.

My parents’ divorce took place decades ago. Since then Alpha has included parenting, tax mediation and financial counseling to their program. Both of my parents have said they wished these services had been available for them, to make the process even easier.

A Sense of Thankfulness
Even as an adult today with a clearer understanding of what divorce entails, I sympathize with the children. I can remember the feelings of confusion and uncertainty. And the realization that the home and people you love can change and break apart in ways you had always thought would be eternal. But my parents and I were spared from any additional potential painful memories that might have been brought about in contentious legal proceedings. For that I am grateful, and I now work at Alpha today to help families going through divorce in hopes that I can pay forward the assistance my family received. I can only wish that the children of the couples choosing mediation will be able to feel the same gratitude, and that we can all be thankful for remembering nothing. 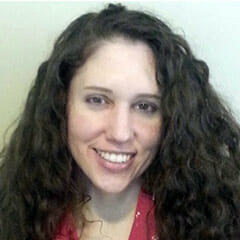