A 22-year-old college senior has an endless list of worries. What am I supposed to do now? What will I do for a job? Will I stay in touch with my college friends? Where will I live? Do I want to itemize my deductions or take the standard deduction? There is a knot in your stomach that tightens every day this endless list of questions is left unanswered. Throw your parents’ divorce into the mix and you feel like the entire world has just crashed down on you. Fortunately for me, the news of their divorce was not a shock. My parents had been separated for a while and although they remained somewhat civil, it did not seem promising that they would get back together. Nevertheless, it was still painful to hear that things could not be resolved and their separation would remain permanent.

How my parents were able to stay level headed and civil with one another, I’m not sure, but it gave them the opportunity to speak with one another and figure out the best way to get divorced. In their minds, they did not want this to be expensive, they did not want their kids to see them battling one another in court and they wanted to remain on good terms, so we could all still interact and be close to one another. This led them to mediation and I could not be happier that they chose this route. I would see either one of them after mediation sessions and they would not be angry or resentful. They were able to talk about what was going on and the progress that was made. One of the main points they stressed was how they were not getting billed by the hour, so it gave them the opportunity to really talk through what was important and figure out what was best for both of them. Being able to speak with either of them and not have to hear them vent about how much they hated the other one or their lawyer, really made the whole process much easier for my siblings and me to go through.

My parents’ divorce is now finalized, and their relationship hasn’t had any issues, despite seeing each other on a regular basis. The number one reason I would recommend Alpha’s divorce mediation program is because of the way my parents were able to stay friendly throughout the whole mediation process. This made it so they were able to come out on the other side without becoming enemies and it allowed us to remain a family. None of my siblings had to choose sides and no one felt like we were trying to be won over. The amount of time it takes to go through a divorce is miniscule in comparison to the amount of time you have left to spend with your family after the divorce. The more you can mitigate the pain and frustration during the divorce process, the better everyone comes out on the other side. 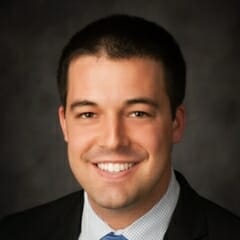